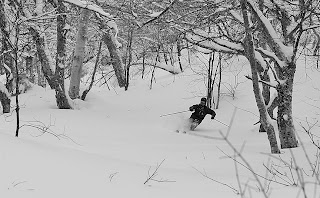 I’m sitting in bed after a bit away from writing not a lot of anything recently. I’ve been busy at work at Dartmouth Journal Services in Waterbury trying to earn that extra dollar that will allow me to support a lifestyle I can be happy with. So far so good and one of the perks of working at DJS, is that it’s in the Green Mountain Coffee building…so I am highly caffeinated when I need to be.

(By the way, perks was an unintentional pun.)

I find it surprising that I haven’t posted anything new in a while as much has gone on (including the new year, complete with resolutions.)

After ending what seemed like the snowiest Decembers that I can remember, January started off it’s second week with at thaw that appeared to melt every bit of accumulation. In fact, Burlington was as brown as ever with snow only holding out in the higher southern elevations. It was sad to literally watch frozen waterfalls along the rock outcroppings on 89 crumble in the 45-50 degree weather. But as I type, it’s Monday, January 14th and we’ve just picked up (I think) between 3-6 inches. Perhaps that’s a little optimistic. Hopefully Winter will rebound.

All and all I’ll say this has been an interesting ski season. Being out of college (now sans uber college discounts) I’ve had to rely now on quality over quantity. I’ve now become a frugal skier. Goodbye $8.00 clam chowder in a bread bowl and Sam Light…hello PBR and PB&J. Being frugal does have a few perks…you just have to work at it…

And work I did.

The weekend before the big thaw, I traveled to Northern Vermont for a number of firsts: 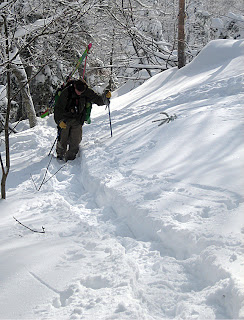 This is me, almost nearing the top of (omitted*) which towers above the Northern Vermont landscape at well over 3,000 feet.

The whole trip began in Burlington with a 4:30 wake up call. I had packed the night before, spending most of the time making sure I had only essentials in order to keep my pack light. Of course, that sounds good in theory, but putting it into practice is a whole ‘nother thing as I packed every bit of my camera equipment (which consists of my Canon 1D Mark II N camera body with the Canon 24-70mm f2.8L, 85 mm f1.8, and 200mm f2.8 L lenses, [2x] 285 HV flashes, [3] Pocket Wizard Plus II Radio Slaves…not to mention the rechargeable batteries) and 3 pairs of wool socks. With 5 years of working as a lifeguard and knowing that I’d be hiking/skiing with my roommate Joe Gaetani who once fractured his leg sliding a hand rail in Breckinridge, I packed a first aid kit. I then proceeded to make the best sandwich of my life.

As I mentioned, the trip began at 4:30 a.m with a breakfast before meeting up with Nick LaCour at a Shaw’s parking lot to swap cars and continue the rest of the (*omitted) hour journey (*omitted) to our final destination.

We arrived at the base and parked along the access road to (*omitted). The hike itself took 2 hours to hike a mile and half. The first part was the most difficult for me as we hiked through a frozen creek bed where the terrain was up and down. As we began the ascent, it became easier as the hike became a constant uphill movement where the previous portion required you to climb in and out of the creek bed. The tough part of hiking backcountry which I found out is walking past all the untouched snow. Sure you know you’ll eventually be skiing it, but I found myself behaving like a kid before Christmas, just wanting to unwrap the present a little bit.

When we finally neared the top, the view was amazing. Since we had started earlier in the day, the light had just reached the “golden hour” that photographers call the beginning and ending of the day where the light has a warm hue (or temperature) to it. Again, I was like that kid at Christmas wishing to stop and take pictures. As we reached the top, we dropped our gear and had probably the best meal I’ve ever eaten in VT. Nothing beats a granola bar, water and a pb&j looking out from Vermont into Canada. After a quick change from sweat soaked clothes to warm ones and a swap of hiking boots and snowshoes for skis and snowboards, we were ready to drop in.

But I’m done typing. See for yourself: 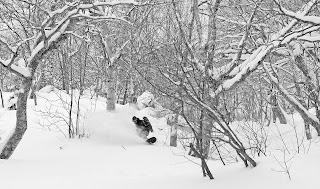 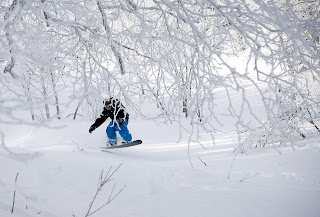 *omission has been used to censor the location to prevent crowding.