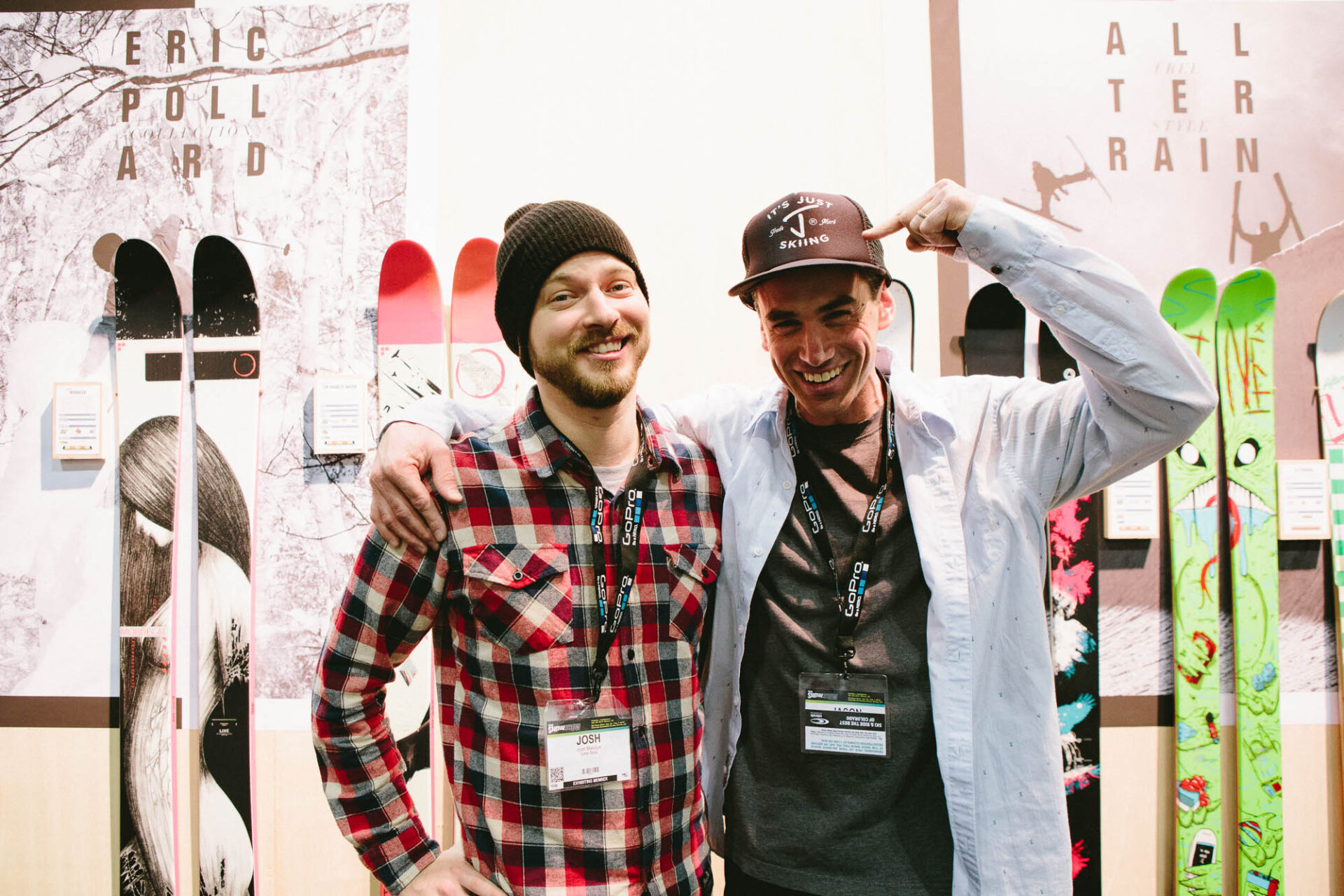 Continuing with this series, I’m matching The Powell Movement’s podcast archive against my own photo archive, putting together a few photos featuring a guest on Mike Powell’s podcast.

As Powell describes him:

“Jason Levinthal has been a visionary in the ski industry for over 20 years.  He’s known for brand building genius, blue-collar work ethic and keeping his finger on the pulse of tomorrow.  He started the revolutionary ski company, Line Skis, out of his parent’s garage and eventually was forced to sell his baby (while still managing it and other brands) to The Jarden Corporation.  Jason’s entrepreneurial spirit and passion for timely innovation led him to leave the comfort of his corporate check and start again from scratch with J Skis.”

Back in February of 2011, I visited Levinthal at his home as part of a profile on the city of Burlington for Freeskier Magazine.

“Levinthal sees the colleges and ski scene as Burlington’s major draw, “If you’re not going to go West, this is the most authentic and most legit place if you’re going to school… to ski, more than go to school.” Line has supported local collegiate skiers in their academic careers for a number of years, “anyone who’s ever been in to it [skiing], has found our office, or found me, has interned with us one way or another,” Levinthal chuckles. Always willing to help the next entrepreneur, Levinthal recently contributed to a High School student’s project, helping the student make a pair of skis from scratch.”

I wasn’t writing from anecdotes, but rather personal experience, having also had the  chance to intern for Levinthal  for a semester, doing much the same things tasked of another intern, Josh Malczyk, at 31:31 of the podcast — “pack some envelopes of stickers… answer [email protected] emails.”

It wasn’t glamorous but it sure seemed rad at the time to be even just a small cog in  the ski industry and at Line Skis, walking into their offices (located on Flynn Ave in Burlington at the time), seeing the original pair of Prophet 130s on the wall, and stuff envelopes for my favorite ski brand.